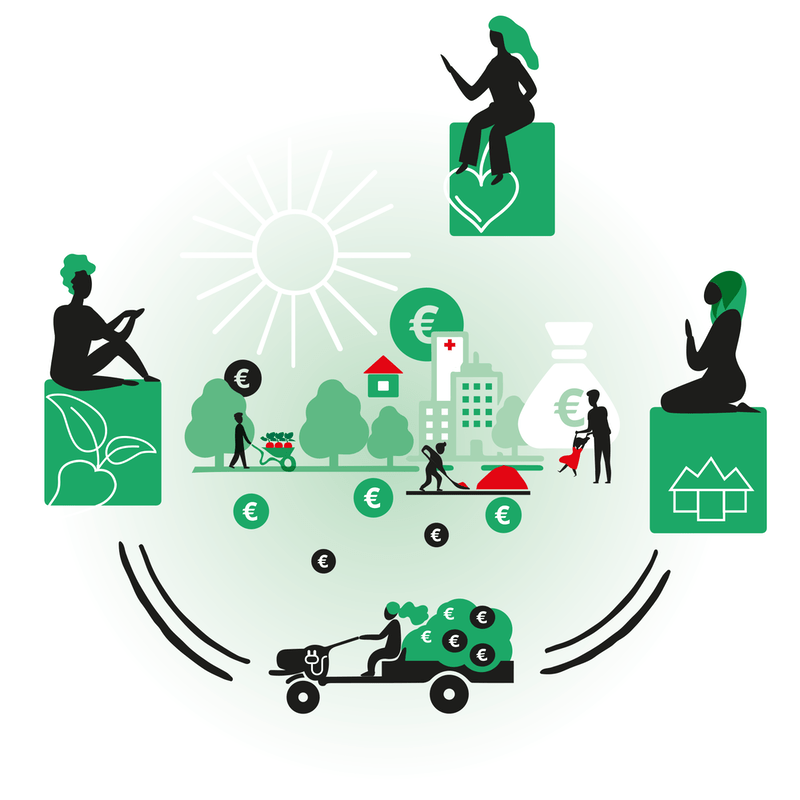 Urban dwellers decide on the economy. De right balance of citizens, gouvernment and market keeps value and well-being within the city, the district and the neighbourhood.

Local residents, municipal services, local businesses, social enterprises, cooperatives, civil society organizations and networks in the district work together in sustainable partnerships. According to alternative power relations between Amsterdammers, local authorities and the market. This will create inclusive, democratic neighbourhood economies, and keep value and well-being within the city, city districts and neighbourhoods. Value and well-being are plural: employment,(mental) health, social networks, education, nature, safety, equality, justice and so on. 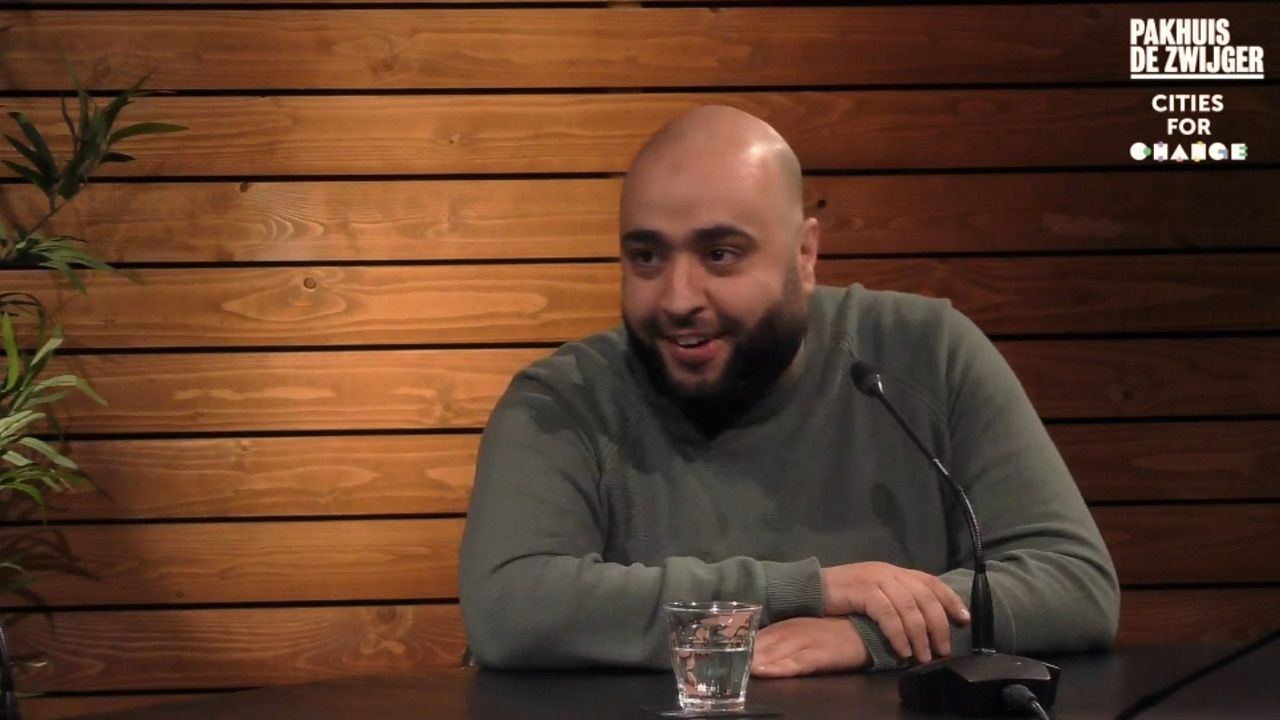 'Why is the greenery in a neighbourhood maintained by a company in Lisse? Then the money goes to another city. Why not by a cooperative of local residents?'Mahmoud Kabir, strategic advisor Stichting Studiezalen

'Why is the greenery in a neighbourhood maintained by a company in Lisse? Then the money goes to another city. Why not by a cooperative of local residents?'Mahmoud Kabir, strategic advisor Stichting Studiezalen 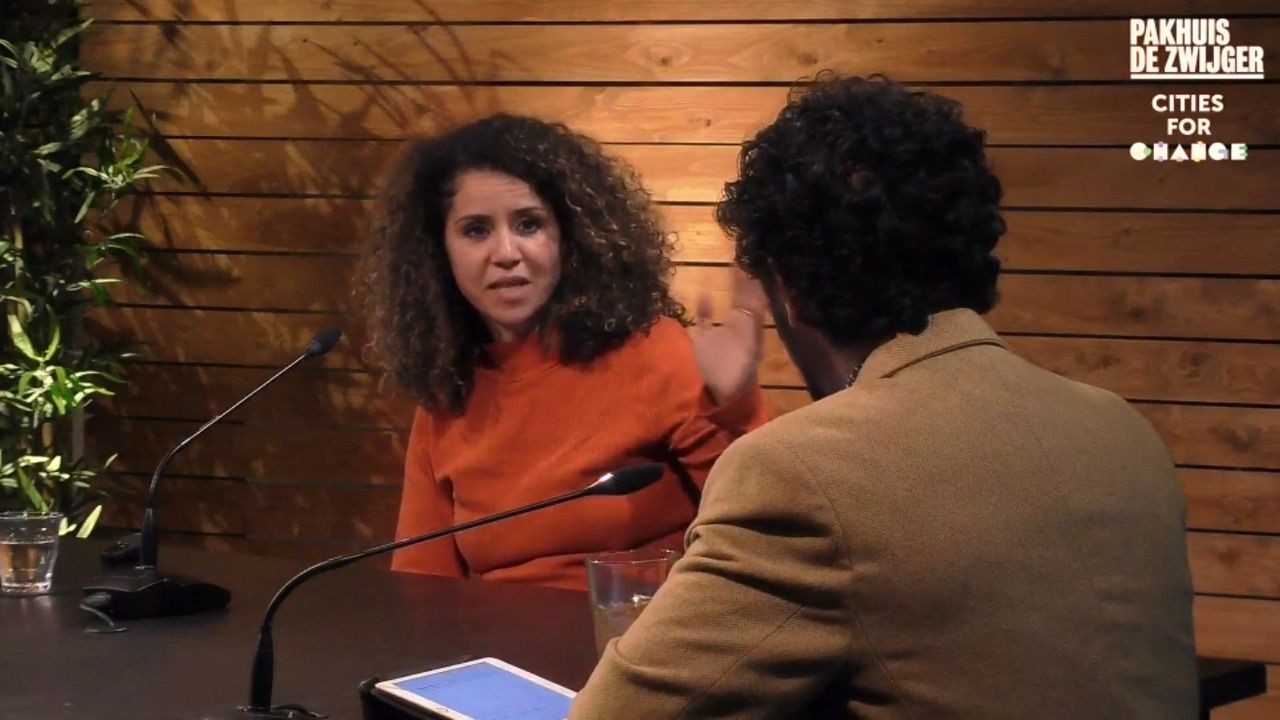 'New residents and new-industrious people come into the neighbourhood from outside. The assumption is that a district will then become more wealthy. We turn this around: We work from the needs within the district.'Najah Aouaki, urban strategist and economist

'New residents and new-industrious people come into the neighbourhood from outside. The assumption is that a district will then become more wealthy. We turn this around: We work from the needs within the district.'Najah Aouaki, urban strategist and economist

There is no lack of wealth, it is merely unevenly distributed. The same goes for control and power. In the current model, large private enterprises benefit from and influence policy. A lot of the money earned in the city flows out of the city. Large companies, international investors and speculators make profits that ends up in bank accounts far away on housing, childcare, energy, transport, care, tourism and so on. This financial extraction is yielding seemingly high growth rates: Amsterdam's gross domestic product (GDP) is rising. Seemingly, because a large part of that growth only ends up with a small group.

With alternative forms of financing, such as:

How Amsterdammers in Noord, Nieuw-West and Zuidoost are shaping their own neighbourhoods

Where do you start with an inclusive neighbourhood economy, how do you use community wealth building for that? Cities for Change put the spotlight on routes being taken in three districts: the Banne in Noord, Venserpolder in Zuidoost, and the Wildemanbuurt in Nieuw-West. Given the inequalities – social, financial, in education and work, in access to power and control – the need for a local and just economy is greatest in the districts outside the A10 ring road. These areas also boast very active and inspiring neighbourhood collectives.

Each district had its own trajectory. After all, the Banne is a completely different type of neighbourhood with different residents and needs than the Wildemanbuurt, which, in turn, is very different from Venserpolder.

'You give people the tools to claim the economy themselves. Investments in a neighbourhood now often go to businesses. Who can leave after three years.' Najah Aouaki, urban strategist and economist

In the Wildemanbuurt it was mainly about ways to 'hack the system'. By actors such as Stichting Studiezalen, Samen Wonen Samen Leven, Homebase. The biggest question was: how can the needs of businesses and the strengths of residents be joined together? Concretely, there was a focus on green spaces and young people wanting to become entrepreneurs. The city council has embraced the new direction towards a more social, sustainable neighbourhood economy. Even if still lacking practical and political interpretation (like, for example, inserting it into the master plan for the neighbourhood).

In Venserpolder , the women of Going Social, Bloei & Groei, Bernadetta Zorg and Stichting SES investigated new economic scenarios. Linked to practical examples such as a cooperative neighbourhood supermarket or a social employment agency for young people in the district. The district council has pledged to remain involved, including with financial support. The management of the master plan for Zuidoost also intends to embrace this way of working.

De Banne is about informal neighbourhood networks, professionalisation and a permanent, physical place for movement Verdedig Noord (Defend the North). The district authorities are not (yet) connected – that requires more mediation. Verdedig Noord says it greatly benefits from theories, models and ideas, and is looking for support to concretise these for their local context.

'Avoid sitting at a table where you have no ownership. Avoid proving yourself all the time. Set the agenda.' Writer and rapper Massih Hutak of Verdedig Noord

The most important lessons

'Now I come to the alderman. The ultimate intention is that the alderman will come to me.' Lilian Panka, Bernadetta Zorg, care organisation from the bottom up in Venserpolder

The trajectories were initiated by the Fearless City Amsterdam programme of the municipality of Amsterdam and coordinated by Thomas de Groot (Commons Network Foundation) and Najah Aouaki (independent urban strategist), supported by UvA researchers James and Daglar and colleagues from the Fearless team. At the end of 2018, the Fearless programme introduced the model of community wealth building in Amsterdam in their talks with aldermen and civil servants. At the end of 2019, it was one of the topics at their conference The Future is Public-De Stad van Morgen. The model also surfaced in various council motions and project proposals and in experiments in the Banne, Venserpolder and Wildemanbuurt.

How can the success of the city be turned into a success for all Amsterdammers?

Amsterdam is seen as a success story. But the city and its inhabitants experience considerable inequality: socially, financially, in education and work, in access to power, in wealth, neighbourhoods that are unaffordable for people on low incomes and neighbourhoods housing large groups of poor people.

Neighbourhoods such as Nieuw-West, Zuidoost and Noord have large groups of residents who cannot keep up with the success of the city. This has everything to do with democratisation: why is it not possible to include residents? And with economic policies: why can't these groups benefit from economic growth?

Community wealth building combines and problematises both by proposing a different economy: for and by the people, so that local residents become aware of their strengths and can make a start to gain control over the economy of their neighbourhoods.

Democratised green areas & benefits for the neighbourhood – an example

The municipality has now awarded the green maintenance in one of its districts to a large company from outside Amsterdam via a tender. With flex workers from a temporary employment agency, this company aims to carry out the work as efficiently as possible, even if this is at the expense of biodiversity.

The model of community wealth building in brief

There is not one designated approach, but rather a collection of working methods in which local residents, local entrepreneurs, local government and networks work together without being primarily guided by 'the market' or the national government. The model was developed in the United Kingdom and in the United States to breathe new economic life into cities where industry had moved away. In the Netherlands we would say 'shrinking regions'. Also read The Value of the City

The most important components in community wealth building 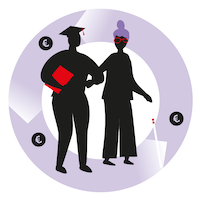 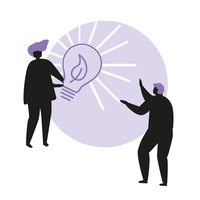 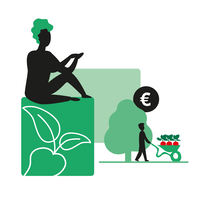 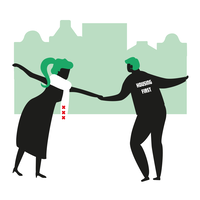 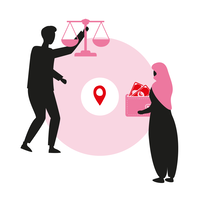 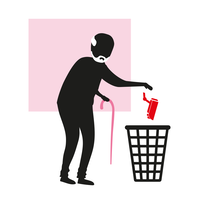 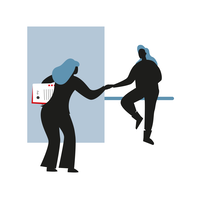 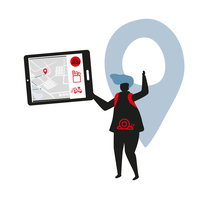 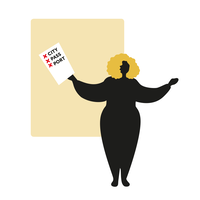